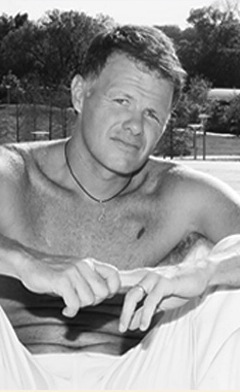 Mestre Rodrigo is originally from the town of Campinas in São Paulo state. He began training capoeira at the age of 13. Under Mestre Wilton, he achieved the cordão troncado of contra-mestre at the age of 20 and began teaching in various locations in the city of São Paulo.In November 1990 he emigrated to Austin, Texas and began teaching in the fall of 1991. During a return trip to Brazil in 1996, he was awarded the white corda of Mestre.